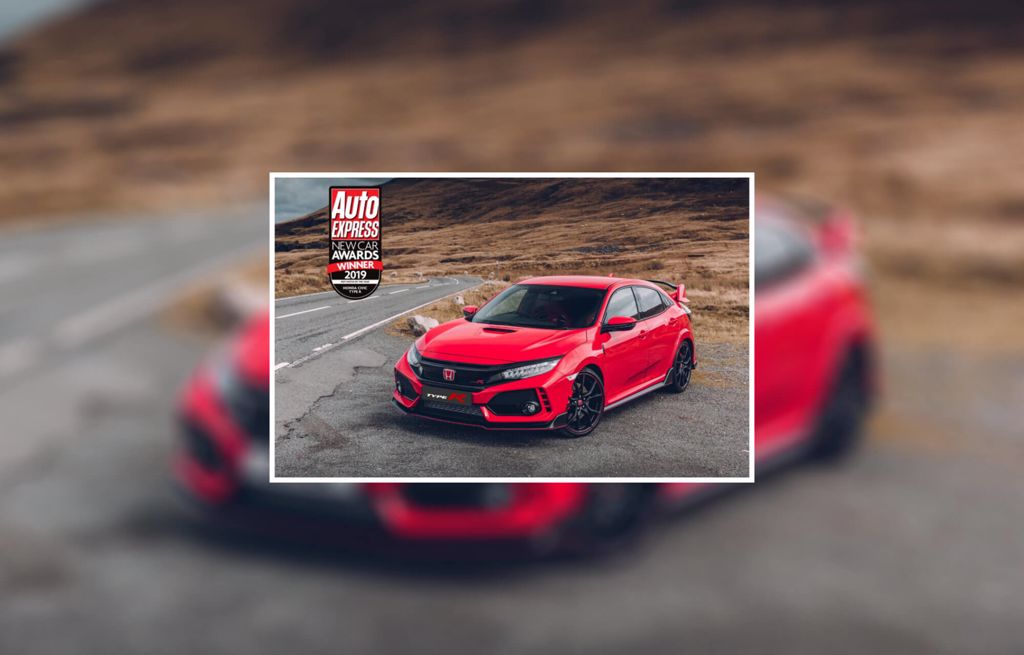 The Honda Civic Type R has retained the Auto Express award for Best Hot Hatch in 2019. Continued domination of this highly competitive award category for three years proves that the Civic Type R delivers the most rewarding driving experience in the hot hatch arena.

A 5-star review and Best Hot Hatch award from the expert judging panel at Auto Express, despite the high standard of competition, is a clear indication that the fifth-generation Civic Type R boasts performance credentials worthy of the iconic Type R badge. Auto Express New Car Award winners are judged on aspects such as performance, handling, design, practicality, connectivity and running costs.

Steve Fowler, editor-in-chief, Auto Express said: "Despite many new contenders emerging onto the scene to challenge the Honda Civic Type R for its crown, none has managed to topple this Japanese giant of the performance world. For the third year in a row the Civic Type R is our hot hatch of the year, and the reasons why haven’t been altered by the passage of time. In fact, the longer the Civic is on sale and the harder its rivals push, the more the Type R’s talents shine through."

Phil Webb, Head of Car at Honda UK, commented; “We are incredibly pleased to continue to collect category wins and best-in-class reviews for the Civic Type R, three years after we launched this fifth-generation model. It’s a testament to the engineering focus of the car, who tested this car at the same facility used to develop Honda Formula One power units. The goalposts may have moved on, but the Civic Type R remains a top class performer.”

The 2.0-litre VTEC TURBO engine, producing 320 PS with peak torque of 400 Nm, is mated to a slick-shifting six-speed manual transmission, safeguarding an intimate, rewarding connection with the drivetrain and the driver. Power is directed through the front wheels and the four-point Adaptive Damper System, developed specifically for the Type R, provides performance that can be tailored to the drivers mood through three drive modes; Comfort, Sport and +R.