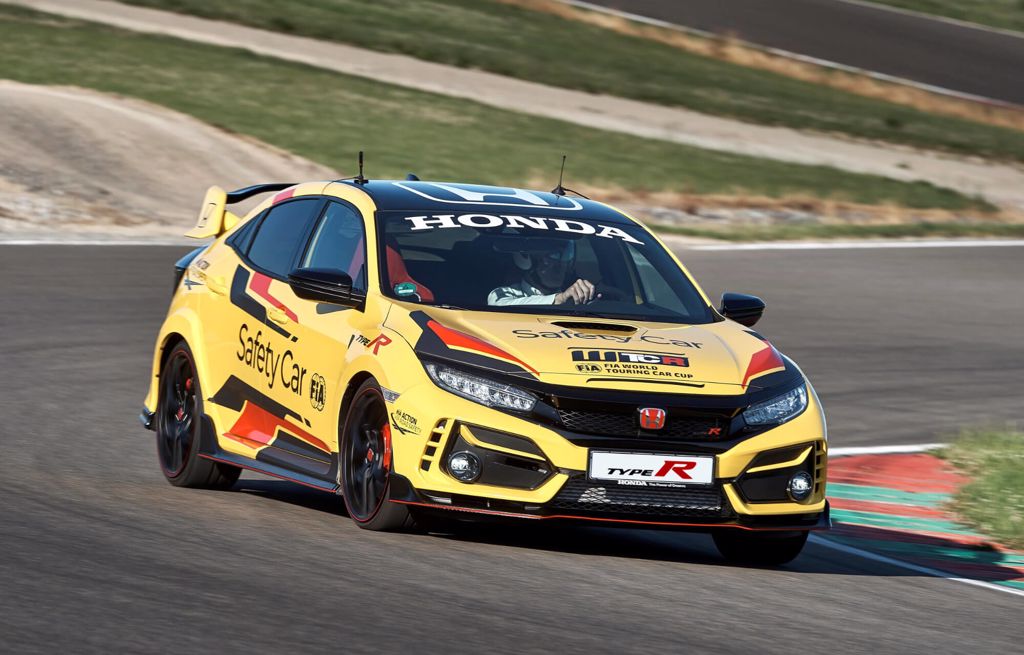 Honda will be at the forefront of both safety and competition when the WTCR - FIA World Touring Car Cup season gets underway, with the new Civic Type R Limited Edition becoming the Official Safety Car of the series for 2020.

Unveiled in February at the Milan headquarters of Honda's long-term motorsport collaborator and official partner, JAS Motorsport, the Civic Type R Limited Edition is one of two new variants to be added to the Type R line-up for 2020 and is the most extreme version of the iconic hatchback to be made to date.

Developed in keeping with Type R tradition, and with track performance the primary focus, it also includes the same industry-leading active safety and driver-assistive technologies that helped the Civic range - which includes the standard Type R on which the Honda Civic Type R TCR racer is based - earn top ratings in Euro NCAP tests.

The Type R Limited Edition Safety Car will carry a resplendent livery featuring the 'Sunlight Yellow' colour - the same colour that the dynamic front-wheel drive hatchback will be available to customers in.

The livery of the Civic Type R Safety Car is inspired by the aggressive philosophy behind the production vehicle, and is the work of Belgian artist Vanuf, who has designed many of Honda's official liveries for its touring car programmes.

François Ribeiro, Head of Eurosport Events, the WTCR promoter, said: "Honda has a rich history in FIA World Touring Car competition and its long-standing commitment to the category is second to none, so we are delighted to welcome Honda as the new Official Safety Car Partner of the WTCR - FIA World Touring Car Cup with its Civic Type R Limited Edition. Having such an iconic car as the Civic Type R as the Official Safety Car - with its excellent safety rating, its sporty, dynamic qualities, as well as its affordability - fits perfectly with the philosophy of WTCR."