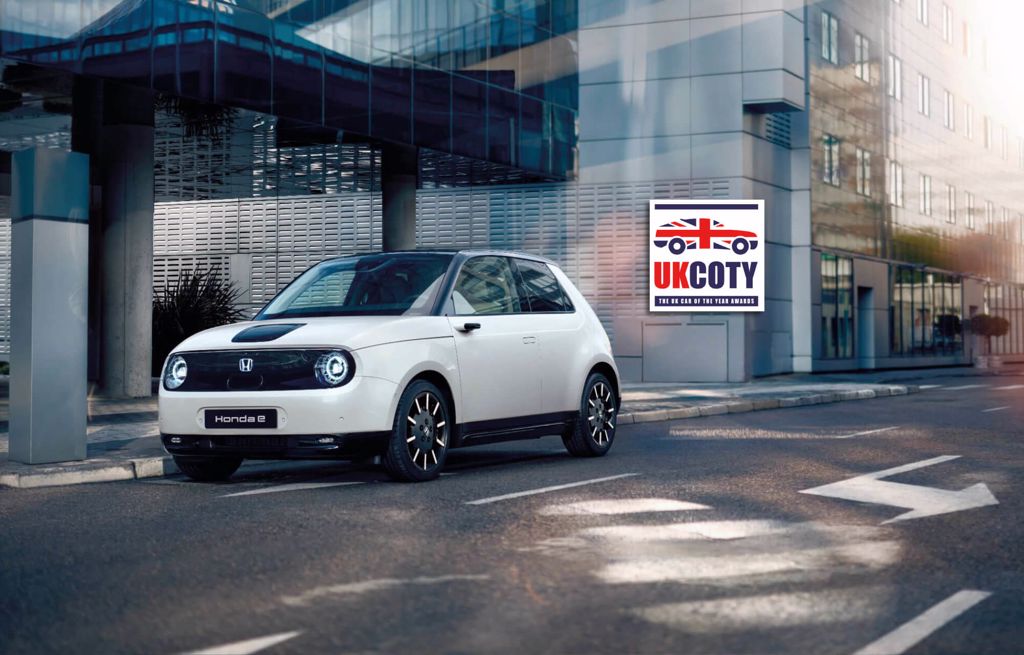 The UK Car of the Year Awards (UKCOTY) are an independent set of awards, which are designed to highlight and advise the buying public on the cars that excel on the UK’s unique road network and surpass the average customer’s wants and needs. The awards are judged by 29 of the UK’s leading names in automotive journalism, with all test and analysis conducted on British roads.

The Honda e’s unique blend of style and substance was regularly drawn upon by the judges, with fellow judge David Ross adding; “those retro looks, combined with a wonderfully high-tech cabin make this a winner. It’s a car everyone wants.”

The Honda e is refreshingly simple to navigate, with just two trim levels available. Both are generously equipped, with a range of advanced safety and assistance systems putting occupant safety first. The Advance model also adds a number of convenient technologies to make urban commuting easier, and less stressful. These include a class-first use of digital external and interior mirrors to ensure optimum clarity and visibility in all conditions.

Judge Paul Barker commented: “Characterful, fun and good to drive, the Honda e proves that EVs can keep us amused,” with fellow judge Anthony ffrench-Constant adding: “Funky. A rare example of an electric car design celebrating the difference rather than trying to disguise its battery-powered underpinnings.”

“This is another fantastic win for our urban electric vehicle, the Honda e,” commented Rebecca Adamson, Head of Automobiles at Honda UK. “The car has already won many accolades in the UK and across Europe, and it is great to see that momentum continuing in the New Year with the UKCOTY class win and overall shortlisting”.

This is the latest accolade bestowed on the Honda e, and takes its awards to 15 in total. Other titles awarded to the Honda e include ‘City / Small Car of the Year’ in the News International Motor Awards 2020, ‘Best Electric Vehicle’ at the Stuff Gadget Awards and ‘City Car of the Year’ at the recent BBC Top Gear awards.

The Honda e is now available at a selection of Honda Dealers nationwide. For more information please contact us.