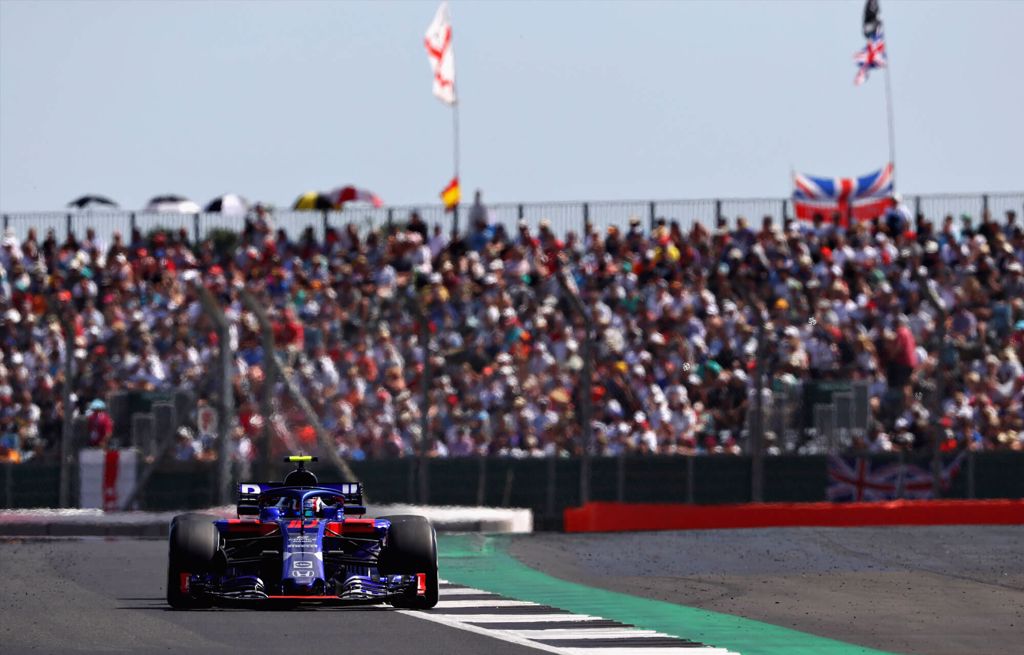 Tough day at the office for Toro Rosso-Honda at Silverstone

In a dramatic British Grand Prix, Pierre had a strong start from 14th on the grid and managed to fight with a number of cars in the midfield, taking advantage of errors ahead of him to move into 11th place in the closing stages. Chasing the final point, Pierre pulled a robust move on the Force India of Sergio Perez with three laps to go to take 10th and held on to provisionally score the final point. After the chequered flag, the stewards reviewed the overtaking manoeuvre and decided to hand Pierre a five-second time penalty for light contact during the battle, demoting him to 13th position.

After his heavy crash in FP3, Brendon needed to take a new chassis ahead of today’s race and was forced to start from the pit lane as a result. The team then decided to take advantage of this by installing a new power unit overnight. An irregularity was found pre-race but the team did an excellent job to get Brendon’s car ready and out on the lead lap at the start. Unfortunately the issue persisted and the team was forced to retire the car at the end of the opening lap. Further investigations revealed a loose connector on the power unit side to be the root cause of the problem.

“I’m super happy to be back in the points! We didn’t expect to finish in the top 10 at this track as we struggled quite a bit with some issues and performance. I had a tough battle with Sergio towards the end of the race, I saw one chance in the last chicane which was really tight and we touched a bit, but in the end I managed to make the move. To leave Silverstone on a positive note is a great reward for the team after a difficult weekend, in which they have been working so hard. The car felt good today so I’m looking forward to getting back behind the wheel in Germany."

“I’m not a believer in luck or superstition, but I think it’s definitely fair to say that the last few weeks have been unlucky for me. It was all out of my control this weekend – the suspension failure yesterday in FP3, and another technical issue today before we could even start the race, so there’s not too much to comment on the past two days. It’s disappointing, but I’ll hit the reset button now, take a couple of days to relax and prepare for the next race. I’ve got full trust that all of the people in Toro Rosso will be working hard over the next two weeks, as will I, to improve and show our maximum in Hockenheim.”

“This has been a very tough weekend, particularly for the Honda and Toro Rosso mechanics who had to work so hard in the limited time available, especially on Saturday after Brendon’s accident, changing his PU and chassis and on Pierre’s car changing the suspension. So it was a great reward for them that Pierre drove a determined race, never giving up, taking tenth place and therefore a point with two laps to go. Unfortunately, on the reconnaissance lap prior to the race, we could see that something was not right on Hartley’s car. We tried to fix it and still sent him out, but it was clear there was a problem and we had to retire him. The problem has now been traced to a loose connector on the PU side."

* Quotes taken before team was informed of Gasly’s penalty